Merelani meets Eifel: What do the Merelani Hills in Tanzania have in common with the Eifel, a hilly German region of volcanic origin? At first glance, the geographical perspective – nothing whatsoever.

Tanzanite comes from the Merelani Hills, whilst hauyns are sought in the Eifel. Both of these are wonderful blue gemstones – that’s the second glance, the colour perspective.

The tanzanite mines are near Kilimanjaro – Africa’s famous volcanic massif. The largest tanzanite ever found bears its name. Hauyns too can only be found where volcanic eruptions have brought them to light. The most beautiful colour, a cornflower blue, is found in the Volcanic Eifel – and that’s the third, geological perspective.

The massive ring ‘M & E’, appropriate to the volcanic theme, is intended to give the impression of a basalt block born of such an eruption. 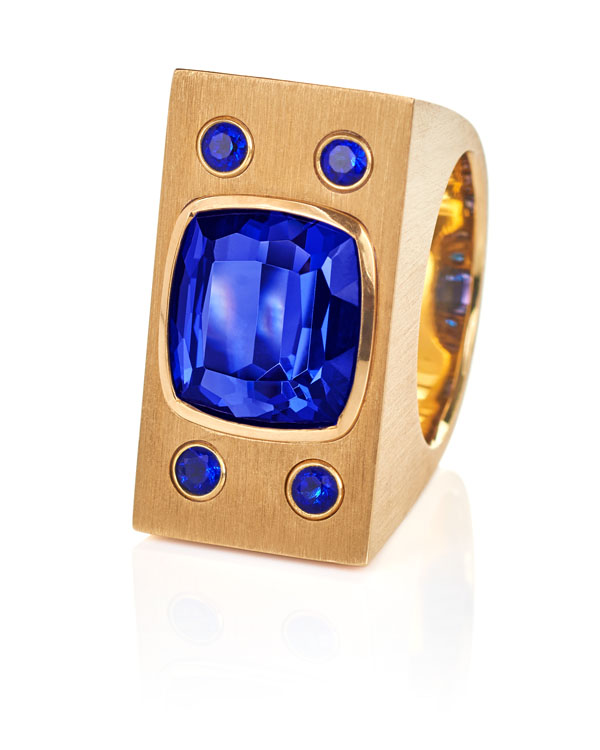