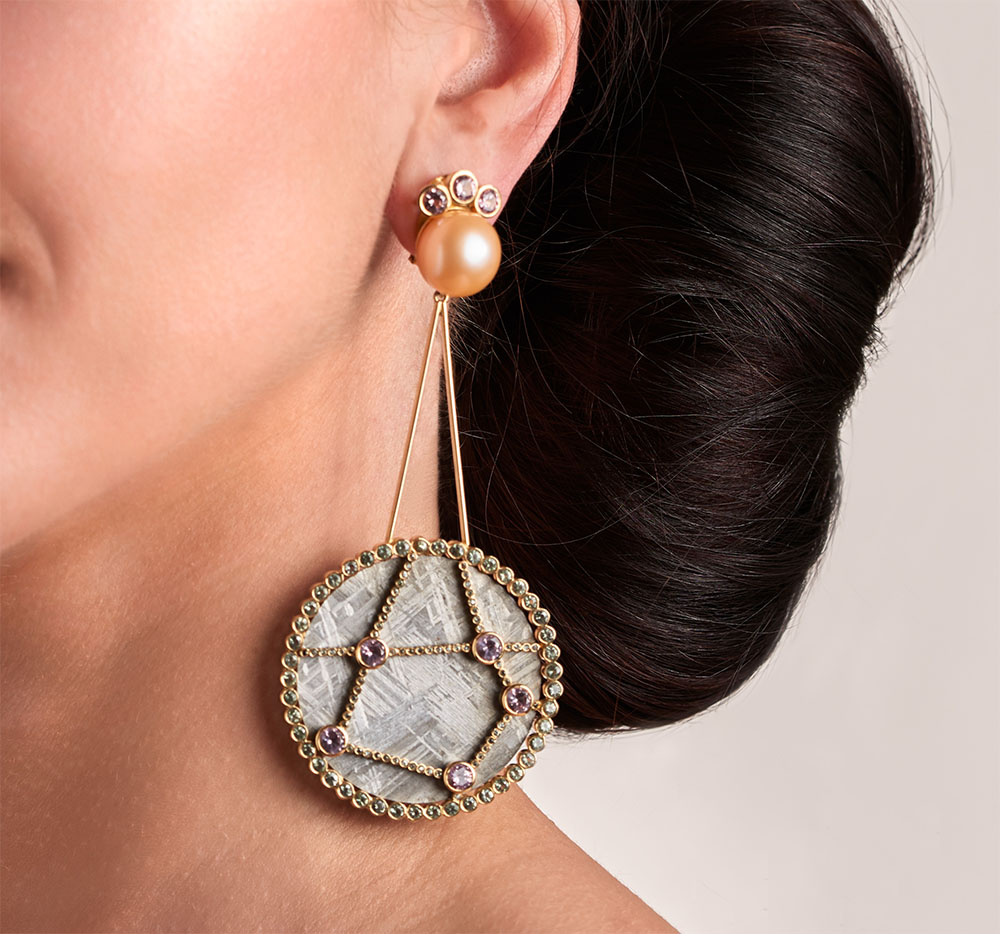 Kiruna, Norrbotten, Sweden, coordinates 67°48’N 23°6’E, northern hemisphere. There, an iron meteorite impacted the Earth more than a million years ago. Today the specialists refer to it as ‘the Muonionalusta’. In 1906, a small boy discovered the first fragments of this extraterrestrial rock near Kiruna. Two large slices of that meteorite now adorn the drop earrings ’67°48’N 23°6’E’.

During its interstellar voyage to the Earth, the Muonionalusta may also have seen a starry firmament like the one which meanwhile adorns the surface of these disc-shaped earrings. Who knows? But unlike the three satellite stars made of pink Malaia garnets, captured by a „white dwarf“– symbolised by the Kasumigaura pearl – with his tremendous pull, it escaped from the gravitational field and landed on the Earth. 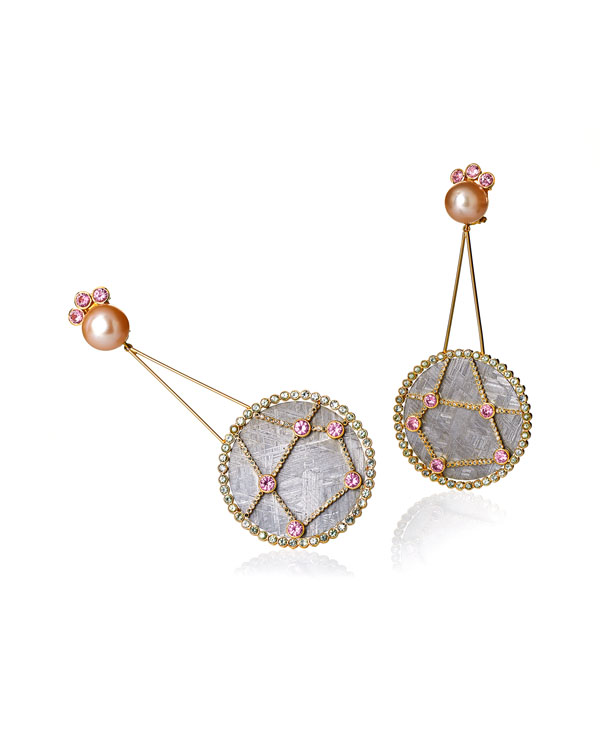