When shall we 4 meet again? 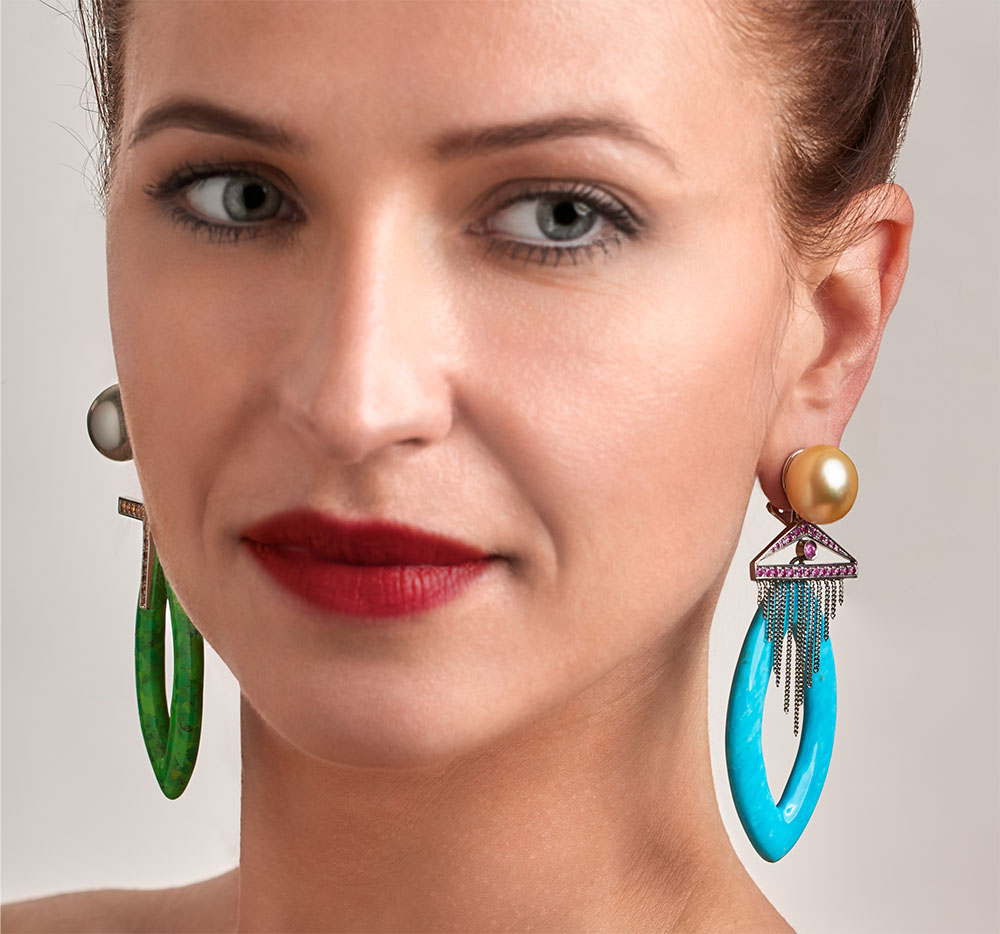 When shall we 4 meet again?

Freely adapted from William Shakespeare’s drama ‘Macbeth’. But first things first: initially, this pair of drop earrings was created with the green turquoise navettes. The conspicuous ‘T’ in orange sapphires stands for the Greek letter tau or the tau cross. It’s an ancient divine symbol – originally from Assyria.

Then the opportunity arose to design a second pair with identical turquoise navettes – but blue this time. So Tau and Trinitas were created. Trinitas – always in the shape of a triangle – is represented by the number three, regarded as magical in many cultures. But how come there’s so much divine symbolism in these designs? The answer is quite simple: turquoises themselves were regarded as divine in all the ancient cultures. I wanted to emphasise that.

And then I realised that these two little pairs of drop earrings actually belong together. Depending on your courage and your mood, they can be combined in different ways. I found a new title. The three witches in ‘Macbeth’ ask themselves ‘When shall we three meet again?’ So today’s name for this group is: ‘When shall we 4 meet again?’ 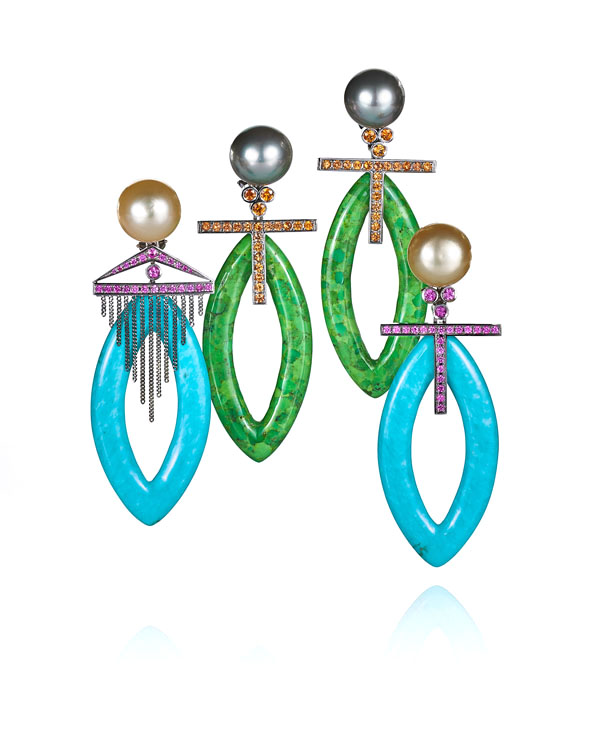